Steve Jobs used this term in his 2005 Stanford commencement address. It is worth reading. If you haven’t, please do so. Here’s the link.

He says “you can’t connect the dots looking forward; you can only connect them looking backwards. So you have to trust that the dots will somehow connect in your future. You have to trust in something — your gut, destiny, life, karma, whatever. This approach has never let me down, and it has made all the difference in my life.”

Instead of “…Life, Karma, whatever”, I call it “Lord’s hand in everything”. I’m sure all of us have observed this phenomenon in our lives. Though at times, it becomes very difficult to believe in it especially when we face adversity and there doesn’t seem to be any hope. 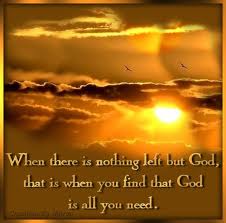 I can recall many incidents related to this phenomenon ever since my elementary school years. Here is the most recent one.

Fall season was around the corner and it was time to visit Europe again. It is my most favorite time of the year as Summer crowds are gone and weather is just perfect..60-80 (F) degrees. I spent about a month planning this trip. It had to be a different place, different culture that we haven’t had experienced yet.  The final itinerary looked like this: spend two weeks in Rome, Florence, Venice and one week in Istanbul.

The trip was going great, no flight delays or unexpected travel hassles. Every day was a beautiful sunny day in Rome. To make the most of our vacation, we don’t carry a phone while traveling international and limited internet access is good enough for us.

It was our last day in Rome and we were just about to checkout of our hotel to spend the day sightseeing and eventually catch an evening train to Florence. I had no plans of checking my email that morning and wouldn’t have checked during next few days as wanted to soak ourselves in the spiritual atmosphere of a monastery that we were going to spend a week at.

But something made me to log on. The email heading: “Call Home Immediately, It is Urgent” caught my attention. It was from my brother’s office person. It didn’t feel good as my brother happened to be out of country as well around the same time. All kind of thoughts ran in my head, thinking about the worst that can happen. Luckily the sender was online so I asked what is it. He replied back “Your father has been admitted in the hospital, call home.” My brother had received the message a day earlier and he had already arrived in India. So I called him and he said “Father had a severe cardiac arrest and can leave his body (die) at any time”. The bottom line, fly back immediately.

“Let’s call the airlines”, Brinda said..to see if they have seats in that day’s flight. We quickly decided to head for the airport instead. Seats, no seats..we have to reach New Delhi as soon as possible…that was the only thing on my mind.

We’re at the Turkish Airlines desk now, waiting for our turn. It is a typical airport scene, the troubled and tired passengers dependent on the mercy of airlines staff. Our new flight route would be Rome->Istanbul->New Delhi and Rome-Istanbul flight is usually packed.

“You can’t fly today”, the gentleman behind the desk told us flat out. “You don’t have enough time for New Delhi connection”, he further clarified. We pleaded with him, emphasizing on the urgency of situation…“Aren’t there any partner airlines that you can put us on?” “No” was his stern reply.

We spent about half an hour haggling. We told him we will take the chance, would rather spend the night in Istanbul instead of Rome. Finally he decided to put us on the flight on one condition that the airline will not be responsible in case we don’t make the Delhi connection (the likely scenario). “You have to pay penalty and the fare difference for next day’s flight”…he warned further. “Fine” we said and accepted his condition happily.

We couldn’t believe that we got the seats for all of us on both the flight segments. Now the challenge was to make it to New Delhi flight. We were praying all this while and now we further intensified our prayers. With Lord’s arrangement, there wasn’t any glitch and the flight reached Istanbul just in time. He also arranged for an airline personnel to greet us at the plane. We ran for almost a mile or two with our baggage, I was carrying Haripriya all this while. The airline personnel (who escorted us) did an excellent job, he was in constant touch with Delhi flight staff on his walkie talkie. He expertly weaved through the crowds and swiftly got us through the security.  All we had to do is just follow him.

The plane took off in time. As we couldn’t give enough notice to the airline for our preference of Vegetarian meal, somehow this also was arranged on both the segments.

The over night flight gave me enough time to complete my prayers for the next day. The flight landed at 4 am, I called the family and was at peace knowing my father was still alive!!

It would be fair to name the title of this post: Seeing Lord’s Hand in Everything.

Well, we will stick to Steve Jobs style for now. 🙂