My father had been in the ICU (Intensive Care Unit) for last two days. We met doctors the same morning that we arrived in India. The timing was perfect as they had enough time to review my father’s case during this period.

He was brain dead, half side paralyzed, his heart was working at about 15% of its capacity and he was put on ventilator. The doctor briefed on his condition: there is no chance for his survival, it is just matter of time.

But the family wanted to wait, to see if a miracle can improve his health. As I knew he might be in his last phase of life, I had to prepare him spiritually as well. I mentioned earlier in this blog that one of the key reasons for us to move back to India was to be with parents, especially in such times. So I made the arrangement for him to hear the Holy Name continuously and put Bhagavad Gita beside him. I started giving him Ganges Water and Tulasi daily.

The doctors played around for few days, giving us both the good and bad news. We were confused; sometimes happy to see my father move a bit but disappointed when there wasn’t any response. After few days, we decided to get him off the ventilator and shift him to a Non ICU room where we could spend more time with him.

The frustration was increasing as doctors gave us very little time. Also, it was hard to see my father taking tons of drugs, medicines etc. He started to have blisters, rashes and bedsores. We ended up having a rift with his doctor on the day my father was scheduled to move out of ICU. We had enough of the hospital atmosphere, it started to feel like corporate world where the focus is making the company profitable. After giving it some thought, we decided to meet the executive management and present our case. They listened to us with patience and promised help. Finally we all agreed to bring father home. 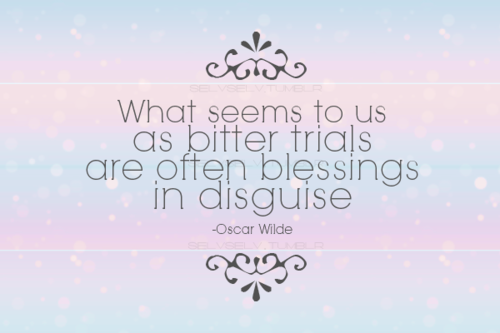 So the rift with doctor proved to be a blessing in disguise, it made us look into other alternatives like meeting the higher management and eventually bring father home. Otherwise we would have continued with ICU or in another room at the hospital.

Now next challenge was to setup an ICU like atmosphere at home for that we needed an expert guidance. We called few contacts but no help was ready to avail. See Lord’s arrangement, there was one male nurse with name Krishna Gopal who was looking after my father in the ICU. He was giving us details about my father’s health that other nurses or doctors wouldn’t share. The man was very caring and he made sure that the spiritual paraphernalia remained intact during change of bedding etc.

He was finishing off his shift and offered all his time to make arrangements for the medical equipment, gadgets, medicines, bed etc to be installed at home. Not only that, he happened to be off the next day and his next shift wouldn’t start till the day after. So we had him for two days, now my father was nicely situated and stable at home under his care.

Though we hired professional nursing services but still he trained us in feeding and cleaning of my father. I was little reluctant (as 24 hour help was available) but he insisted that I learn such tasks. These lessons proved to be of great help when the next nurse showed up late.

2 thoughts on “A Blessing in Disguise”