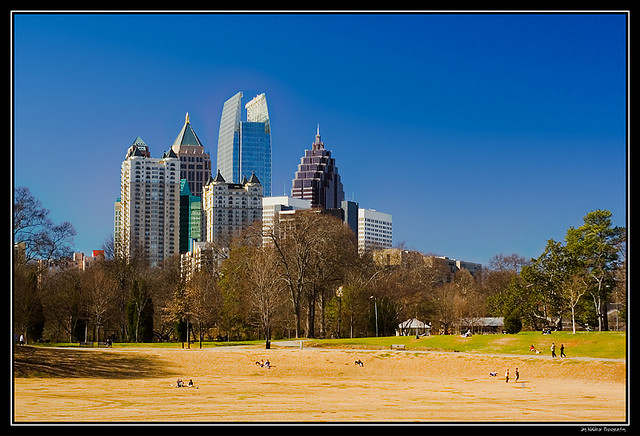 We moved to Atlanta in 2005 after living in New Jersey for six years. Like most of our moves, it was a planned move. Though we had a nice circle of friends, family, good job opportunities, access to a great city like NYC but it was the time to move. Of course several reasons for the same, let me get into some of these:

Weather: This was the number one reason, I just couldn’t take the cold weather anymore. It is surprising how the priorities and preferences change over a period of time. I had wondered all these years, what’s so great about the warm weather or a beach? Why do people move to Florida, Vegas or other warmer regions in their retirement after living in one place (where they have friends, family and other attachments) all their lives?

Try driving to a beach on a long weekend during Summer, you’ll know what I’m taking about. It was the same in Australia during college days, either you go up or down the coast. It used to be a major highlight of the weekend or a holiday.

Don’t get me wrong, I still love the four seasons but Northeast winter seemed too long and harsh. I only love snow when I’m away on vacation in the mountains :-), not living and working in snow year in, year out. The salt, slush, ice, having to wear gloves, protect ears..ahh!!

The NYC scene is fine when you’re single and clubbing is your thing. But over the years, weather became more important.

So what were our options? California or the South. First one is ruled out as being too expensive. Texas is too hot and plain, Florida has hurricanes so Southeast seemed ideal. I narrowed down to threes cities: Raleigh Durham area, Charlotte and Atlanta.

Housing: What’s the point of living in the US if you haven’t experienced the American Lifestyle to the fullest? After some time, our NJ townhome seemed smaller, without much privacy or character. When it comes to housing or big backyards, Southeast has lot to offer. There is something unique about Southern homes whether it is the high ceilings, arched transom windows, plantation shutters or the attached screen/sunroom. The outdoor living is also given the equal importance, if not more.

If I were to look for a similar house (like we had in ATL) in a comparable NJ neighborhood or school district, I would have to shell out at least a million.

Also, the NE home prices peaked in Summer of 2005. There didn’t seem to be any room for further appreciation. On the contrary, things were just the opposite in Southeast. The home prices were still inching up. So the plan was to sell our NJ home before the cold spell hits the region.

Job scenario: Being a Pharmacist, Brinda didn’t have any issues getting a job anywhere in the US. Matter of fact, she just had to get a transfer to another CVS…no need to change the employer.

I was also well positioned but NJ/NY IT job market wasn’t as attractive as it used to be. The billing rates were lower and you have to be willing to commute much more for a good opportunity.

Though the jobs were less in the Southeast, I knew I won’t have any trouble finding a suitable position within a reasonable driving distance. First offer was at BofA headquarters in Charlotte but I had to turn it down as they won’t commit more than six months. I wanted at least 9 months (to a year) as the settling period would be longer for us.

2nd offer was at UPS, Atlanta. A Fortune 100 company headquartered in ATL and having good reputation in the area plus it was a long term assignment. I accepted the offer without thinking twice.

Warm and Friendly people: I liked the laid back and friendly attitude of Southern folks, it was similar to what I had experienced in the Southwest.

Before we decided to move, Brinda and I took a road trip to the South earlier that year. I knew what the place and people would be like but I wanted her to experience it. We met realtors, saw houses and spoke to many locals, things looked good.

Better Lifestyle at lower cost: I have already written about the value that you get as far as the housing is concerned but there are other factors as well.  For example, MARTA (the train) is so cheap and there aren’t any super expensive tolls like we have for different tunnels and bridges in NJ/NY.

The education system is excellent in some of the desirable ATL suburbs like East Cobb and North Fulton. You also have Georgia Tech and Emory for higher education.

Spiritual Growth: I think this was the best part of our move. We had already made some lifestyle changes for our spiritual growth while we were in NJ. But the change was more dramatic when we moved to ATL. Our lifestyles continued to change for the better. We had such a nice support system at our temple and we made the most of it.

So how did the move fair overall?

It exceeded our expectations. We were able to sell our NJ home at peak and bought a Perfect Beauty in ATL the very same year. Our jobs were just 15-20 mins drive from our home. Brinda remained with CVS and myself with UPS.

We enjoyed living in Roswell that had access to a nice downtown and Chattahoochee river recreational area. The traffic was never an issue. The heat and humidity didn’t bother us much either as we went for our walks/hiking in the mornings or at nights.

We also made good use of ATL International airport during our travels, smaller cities like Charlotte and Raleigh Durham couldn’t have offered such convenience.

Other nice surprise was that you get almost one hour of additional Sunshine in ATL. When I was in NJ/NY, I found it depressing to drive back home during winter as you hardly see the Sun. But I’m glad I was able to see some sunset colors during the weekdays. 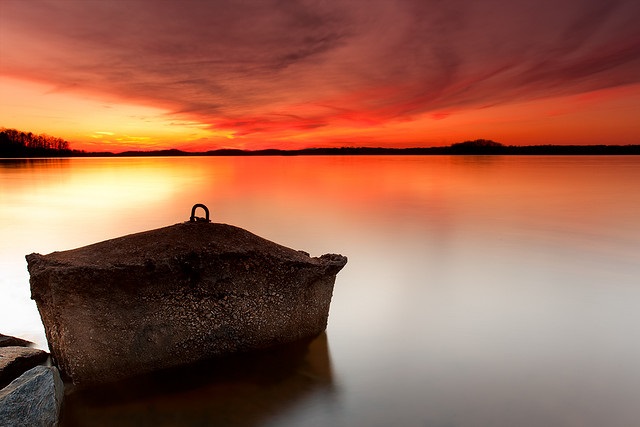 Is there any downside or something to watch out for before you move to the Southeast?

I can think of only one i.e. the Pollen. It can get worse than Northeast. I didn’t have any problem during the first few years but had to be careful during the last two.

I started with the weather and now ending with same, which proves weather was the number one reason for our move. 🙂

Such interstate moves might not be for everybody but this post will offer some pointers for folks who are looking for a change.