Being away from family for too long can be emotionally taxing at times. Whenever I visited India, I saw my father’s body shrunk and weaker than the year before. These are the typical old age symptoms that we either try to hide or learn to deal with over time. Having him in the US wasn’t an option either since he preferred living in India.

“What’s bothering you…Pop”, this line is part of a dialogue between Al Pacino and Marlon Brando in one of the “The Godfather” movies. This was at a time when father had grown old and worried about his family and the business. I recall watching this movie (all parts) many times; such emotionally charged dramas were somewhat comforting whenever I felt alone in the US. 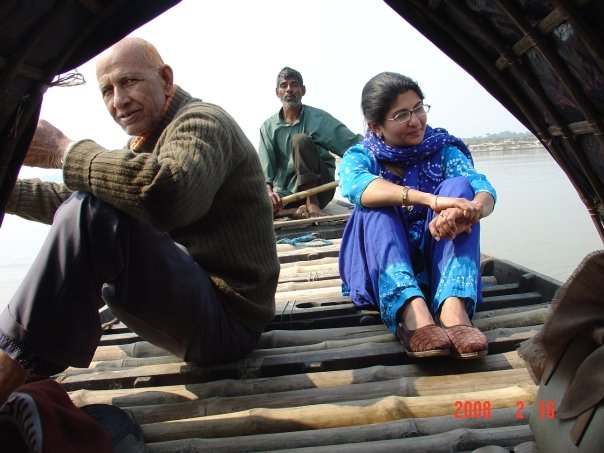 My father in a boat on the river Ganges. This was during a pilgrimage to Jagannath Puri (One of the four holiest places in India) 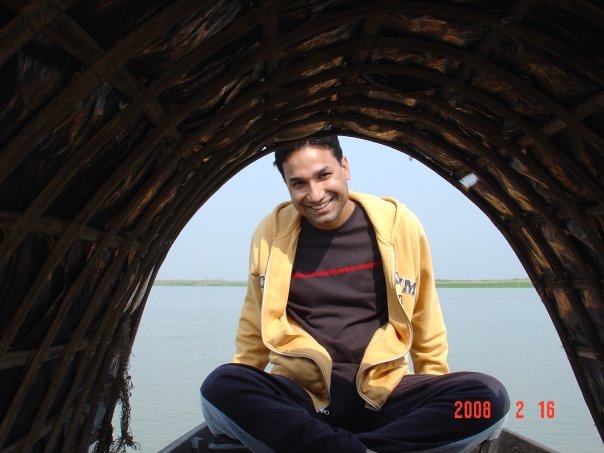 Earlier this year, I got several opportunities to spend quality time with my father. Alzheimer’s disease had taken toll on his memory; as a result personal hygiene was neglected. I remember cutting his overgrown nails (which were as hard as rock) and giving him a haircut. I just wanted to be with him, even though it meant doing nothing. I really felt the need of being with parents after living away from India for 14 years. My father showed emotions only when he felt sick or weak which was not very often.

He was from a generation where parents sacrificed everything to give their kids the very best (still it happens in India). Whether it was expensive tuitions to aid our studies or getting the best sports gear, he fulfilled all our demands. He even put his retirement savings at stake and sent me for my undergrad to Australia. I don’t think my parents could have done any better raising us, now I realize they were much ahead of their times.

My father was a great advocate of “Simple Living and High Thinking”. The atmosphere at home was a blend of country and suburban living. It was a strict non-smoking and non-drinking environment. The meals were simple and wholesome that consisted of all kinds of vegetables, pulses, fruits and nuts. We could never make a fuss, had to finish everything that was on our plates, no wastage of food whatsoever. No spicy meals, tea or coffee either.  I’m very thankful for such upbringing since the same is conducive to the lifestyle that we lead now.

Our relatives, family friends and acquaintances adored my father as he was a lighthearted person and made jokes often. He was an awesome cook, gardener and had high regard for discipline and cleanliness. Both the boys (my brother and myself) were given role models like and Maharshi Dayanand Saraswati and Swami Vivekananda, the great social reformers. Though our parents encouraged us to lead a holistic lifestyle but at the same time they gave us the freedom to think independently. They trusted us to be responsible for our actions. My father was a great support and inspiration even in the most difficult situations.

I’m glad the Lord allowed me to serve him in some capacity. He was very proud of our successes and it is only His mercy that he lived long enough to see everything. Some fond memories of him will make me cry, realizing that I can’t just pick the phone anymore and hear his voice or see him in person.

But I take great satisfaction that everybody loved and adored him and that he lived his life to the fullest (in material and spiritual terms) and above all left in such a way that he served the Purpose of Human Life quite well.